She awoke a new person. She has no memories but what they give her. No history but what they tell her. No cultural reference but what they teach her. They train her in espionage, combat, cryptography, infiltration. They experiment with her psyche. They expose her to black magic. They are the only family she knows. Now, they set her against their enemies.

They tell her there are only two important laws: 1. Be loyal. 2. Survive.

Who will she become?

Shotzie Cado is Sin 13, in the exciting new series by director/producer Shadow Dragu-Mihai. 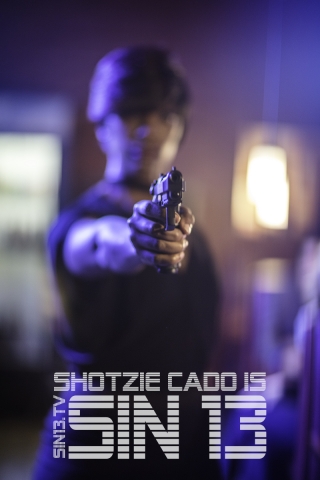 Sin 13 Episode One - the long anticipated first installment of the paranormal espionage series starring Shotzie Cado, created by Shadow Dragu-Mihai, will be available for streaming and downloads NOW on Facet.tv.

Facet TV - ODG starts off the 2021 year right, with it's flagship series Sin 13, the first screen gem for Facet TV by director-producer Shadow Dragu-Mihai. Join the cast of Sin 13 as they deal with international espionage, life, death, internal strife, real politics and the paranormal. Learn more about Sin 13 here on the official website. Find out about other shows by Facet TV on the Official Facet TV site and at On Demand Global Media.